Pat Stewart, Director of Des Moines Valley Health & Human Services (DVHHS), has seen marked success in her ability to monitor DVHHS’s client data, provide continuity of care when her clients move from one place to another, and achieve Triple Aim (population health, per capita cost, experience of care) for the clients DVHHS serves.

How does she know this? The Omaha System and Nightingale Notes EHR Software have empowered DVHHS to get measurable, provable results as well as exchange data with their Accountable Care Organization (ACO).

“Nightingale Notes has allowed us to get in the sandbox and play with the other deliverers of healthcare: the clinics, hospitals, mental health facilities.” – Pat Stewart, PHN, Administrator/Director 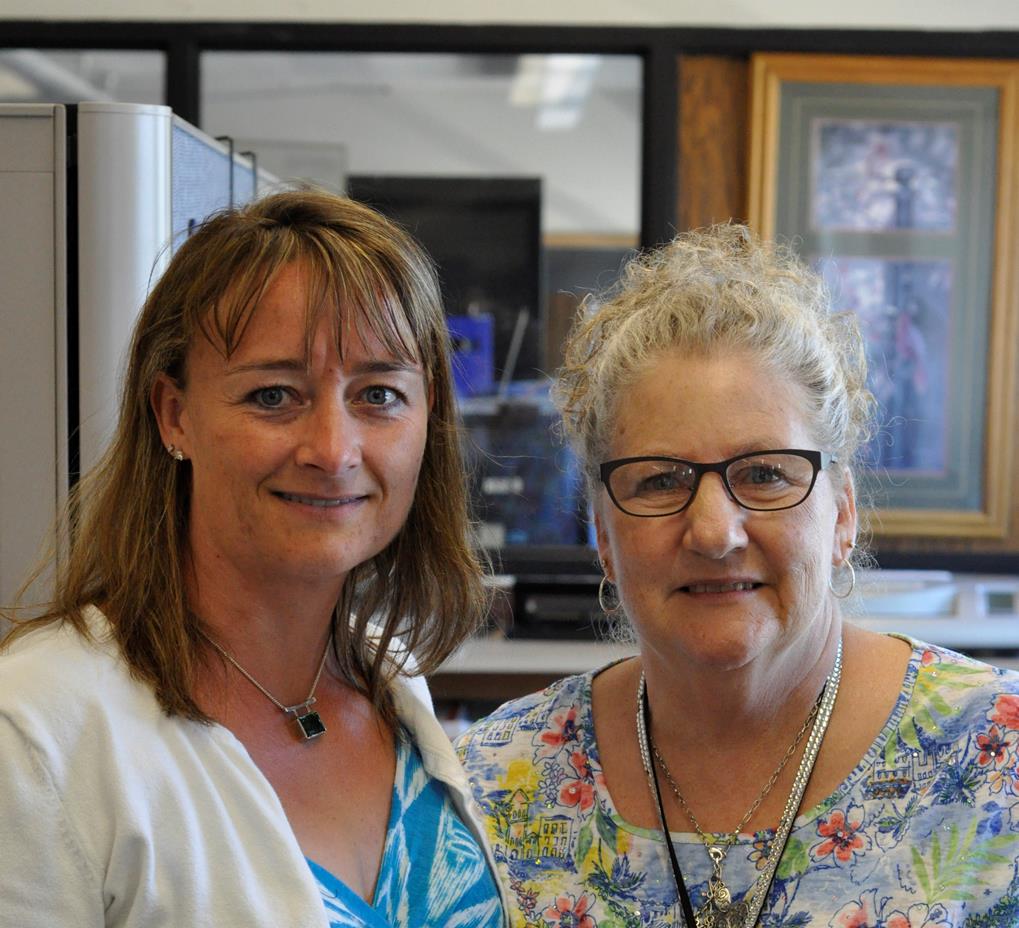 Des Moines Valley Health & Human Services, despite its name, is actually located in southern Minnesota and not Des Moines, IA.

Public health directors across Minnesota were looking for some sort of system to keep track of things.

“We tried the paper and pen method, paper and pencil, and that was just extremely time consuming. And so we found Champ Software,” Pat Stewart says.

At that point, DVHHS was just using their system to enter their time into and get accurate records of where they were spending their dollars.

In 1991 billing was added into the Champ Software system. Up until then, billing had still done by paper, submitted using the Champ system.

Many of the public health directors in southern Minnesota began realizing they needed more from their system; they wanted to be able to capture data about the clients they were seeing as some of the state reporting required that information.

Approaching Dave Rosebaugh, CEO of Champ Software, DVHHS and others sat down to talk about how to capture that data.

“Champ Software was just instrumental in helping us choose the Omaha System as part of the framework that would go into the [system]” explained Pat.

“We looked at the Omaha System thinking of the problems, the categories, the outcomes. What information could that provide for us in the future?

“Some of us were health and human service agencies, some were strictly public health, so we knew there had to be an interdisciplinary solution for the future.

“Something for social workers, epidemiologists, physical therapists- for those that had home care, occupational health, along with the nursing we did in public health.”

In 1997, DVHHS committed to Champ Software for public health documentation.

At that time many of the staff were not familiar with computers; they were largely still using paper and pencil.

“That was a huge paradigm shift. Prior to that, we were doing SOAP charting which was every different.

“It is almost all individual; nothing may be done on a community-wide basis,” Pat remembered.

In 1998, both DVHHS public health and home care staff began using 100% of the clinical features in CHAMP software (the system was called CHAMP).

“One of the reasons why we originally got into the CHAMP software, is because we were an independent type of public health agency, we were not directly tied into the county… we needed to look for something we could do more on the desktops.” commented Pat.

DVHHS moved from desktops to PDAs to notebooks and, eventually, to the laptops that all nurses carry with them full-time now.

From 1998 to 2010, DVHHS built pathways based on the Omaha System, eventually building very different pathways for their home care agency than for the public health agency, which had expanded into health education and population health (such as tobacco cessation or obesity management).

“I know throughout Minnesota, some users are actually using the Omaha System to document population health and changes,” Pat added. 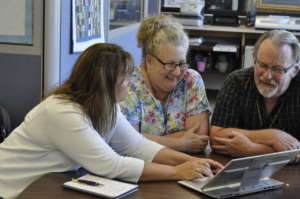 2011: Looking toward the future- interoperability

Nightingale Notes was built from the ground up on the Omaha System.

“That was a real ‘wow’ moment,” Pat Stewart recalls, “It just set the stage for 2012… we were being pushed to look at electronic health records and to look to the future as far as interoperability between hospitals, clinics, public health, the state health department, jails, anywhere that public health touched or where we worked.”

That push towards interoperability was further solidified in 2014 when the state of Minnesota became the first state to recommend American Nursing Association (ANA) recognized point-of-care terminologies be used in all EHRs.

Pat noted, “Those of us in public health at that time and working on those [EHR] committees with the [Minnesota Department of Health (MDH)], really recognized the importance of the Omaha System and what it could do as far as measurements and capturing data that many interdisciplinary members of a team would find useful (such as, public health services or human services and even, at that time, some of our pre-paid medical assistant groups like Prime West and Southern Prairie Community Care).

That is where we currently are probably seeing the most use at this time: with an Accountable Care Organization (ACO) that we at DVHHS are aligned with.

“We are really trying very hard to stay in alignment with the national requirement for standardization of data and information exchange. So we are definitely sticking with the Omaha System and our Nightingale Notes.”

In 2013, MDH offered Connectivity Grants in Minnesota to help develop CCDs that public health entities could use for the electronic health exchange throughout Minnesota using a certified HIE.

Four Connectivity Grants were given out, and they joined together in entering an agreement with a Project Manager who worked with members on acquiring standardized terminology and understanding how to get started.

According to Pat, “We all looked at CHIC in Minnesota (which is now nonexistent). Some have continued on with Impriva for DIRECT Secure email, while others have changed.

“We are one of the agencies who changed.

“One of the reasons for our change is because we became a member of the first Accountable Care Organization (ACO) that exists in the state of Minnesota and we think it is also the first ACO in the nation that is a rural health ACO.”

“ [SPCC] actually started probably 6 years ago and it has been very exciting to be in this journey with them.

It was county commissioners throughout southwest and southcentral Minnesota who decided they really needed to start looking at what they could do in healthcare to reduce costs and provide services that were effective for clients in getting them the care they need.

SPCC became a Joint Powers of 12 counties and expanded from having a Medical Director in 2013, to include integration specialists and contracted consultants as well in 2014-2015.

“As a Joint Powers and as an ACO, we knew we had to measure outcomes and measure change.

“Our clinics, hospitals, public health agencies, mental health agencies, University of Minnesota Extension, all of these groups were working with many of the same clientele to try to make changes that would affect people’s health and do it in more economically.

“SPCC really took on the idea of Triple Aim (population health, per capita cost, experience of care). It wasn’t going to be good enough to just exchange information.

“Knowing the Omaha System would give us a way of measuring that, all the members of SPCC began to use Nightingale Notes so that we could exchange information.

“The journey was not without questions, such as, ‘Is this really the right system for us?’

“Many doubted the Omaha System would meet their needs at first. But we also needed a system that was standard and was recognized nationally and internationally. As they got into it, it was a real ‘Aha’ moment for many of the social workers or interdisciplinary people that they really could work very well with the Omaha System,” revealed Pat.

Pat sees the journey with Champ Software, Nightingale Notes, and the Omaha System as a success.

Through SPCC and Champ Software, DVHHS can now exchange data.

“It has really seemed very seamless for us… because SPCC and Champ Software have been working so closely with each other,” Pat explained.

“The payoff for us with having an electronic health record (EHR) and being able to use the Omaha System, and then having the Omaha System adopted the ACO, SPCC, is that we really can exchange data with other members of SPCC.

“We really have a very fluid population in southwest Minnesota. Besides being able to monitor and measure our own data, being able to have that continuity of care when the clients move from one place to another, to be able to achieve triple aim for the clients we serve, that is the end result we all desired.

“We have to get in the sandbox and ‘play’ with the other deliverers of healthcare: the clinics, hospitals, mental health facilities.”

Pat shared one example of the success DVHHS has experienced:

“In 2015, with the help of SPCC, we were able to measure that we saved $2.2 million for the state of Minnesota, just through MA costs alone. As a result, that $2.2 million was able to be divvied out based on the number of clients each partner in the ACO had in the system. $2.2 million was quite a windfall for southwest Minnesota.

“It also proved the point to those organizations that having that interoperability and coordination of care between social workers, human services agencies, public health agencies, hospitals, and clinics that this was a valuable service.”

But her success hasn’t ended with data exchange and interoperability.

“Besides using the Omaha System within the ACO, my supervisors in my home care program and public health side have developed dashboards to provide to our board with measurements showing where we are with the clients we serve, what kind of improvements we’ve seen, what kind of services we’re providing, what sort of increase we’re seeing in the needs of the clients we serve.

“Those are all being produced out of Nightingale Notes.” She added.

What to do next

If you want to know more of the Benefits and Features of Nightingale Notes, and how else we can help you, then why not Contact Us at (507) 388-4141 today.

About the Author: Crystal Maertens

Crystal Maertens is the Marketing Manager at Champ Software, Inc. Hailing from states across the Midwest, Crystal settled in Minnesota in 2005 and has been working with Champ Software since 2011. She loves working for a company with as much heart as Champ Software and enjoys making a difference in the lives of public health workers. An avid reader and writer, Crystal has written many blog articles for Champ Software and especially loves writing articles that feature Champ clients.