Quick Facts About the Opioid Crisis:

We are indeed facing a national opioid crisis. Chad Peterson, President and CEO of The Koble Group, believes health information exchange (HIE) technology may be one tool public health departments can use to address this crisis.

About The Koble Group:

The Koble Group is an HIE technology company dedicated to advancing interoperability and sharing data. Among other offerings, The Koble Group provides HIE services in several states across the country and has partnered with Champ Software in states where both companies have a presence, particularly Minnesota and Iowa. Chad Peterson has held his position with The Koble Group since January of 2015 and has a long history in the health information technology field.

Recently, Chad presented at a Champ Software hosted Expert Webinar on the potential to address the opioid epidemic through HIE technology. These are some of the main points from his presentation.

How the US is currently fighting the epidemic:

Entities from the White House to the CDC to the DEA and beyond have submitted plans to solve this crisis. One of the most widely employed lines of defense has been Prescription Drug Monitoring Programs (PDMPs). These are in place nationwide.

But PDMPs are not a total solution.

Where does public health come in:

The 2017 CDC Annual Surveillance Report of Drug-Related Risks and Outcomes concluded in the Executive Summary:  Although opioid prescribing rates have declined, and healthcare providers are doing their part to head off prescription opioid abuse, drug overdose remains a growing crisis. Non-prescription opioids and other drugs now share equal measure in the epidemic with prescription opioids, according to the report. “Additional measures are now urgently needed to address a diverse and evolving array of drug types,” (page 8).

“This is where, I believe, public health really comes in,” Chad said. He believes that public health can employ HIE technology as one of those additional measures, “You’re being looked at, as public health entities, as being leaders in this crisis. There are tools out there to help you do that. I want to encourage you to be looking for partners and, particularly, HIEs that you can work with on that.”

“This is where, I believe, public health really comes in… You’re being looked at, as public health entities, as being leaders in this crisis.”

HIEs can be used as a tool to help address the opioid crisis by providing public health entities with a more complete data set for predictive analytics as well as a means of getting a fuller picture of an individual’s risk factors and healthcare, seeing potential problems before they become actual problems.

Chad continued, “Of the five tenets that are part of [PH 3.0], a few are key, in my mind, as being related to HIE: Chief Health Strategist, Structured Cross-Sector Partnerships, and Actionable Data & Clear Metrics. I think there’s a lot that HIEs across the country can do with local public health units as well as at a state level to help with these areas.”

How can public health use HIEs to combat the crisis:

Chad offered a couple specific examples of how local public health departments could use HIE technology to address the opioid epidemic:

“I think this is key.” Chad continued, “Wouldn’t it be great if your public health unit could be notified every time someone had an event (i.e. and overdose event)? …Near real-time alerting is possible. You shouldn’t have to wait 24 hours for a digest to come in. You need to have an established care coordination system.”

“You shouldn’t have to wait 24 hours for a digest to come in. You need to have an established care coordination system.”

Chad explained that with HIE technology like the type The Koble Group offers, users can manage their subscriptions to notifications and control what types of notifications they receive to prevent being bombarded with unwanted data. Users can even control how they receive the notifications (i.e. email, SMS, pager alerts, CCD pushes to the EMR, etc.).

“Nationwide, these types of alerts are beginning to be used. North Dakota and Iowa are both members of the Strategic Health Information Exchange Collaborative (SHIEC) and are in the process of joining a nationwide network that shares ADT [admission, discharge, transfer] messages. This is called Patient Centered Data Home (PCDH). Think of snow-birds or others who frequently travel throughout the year. This is a way of being able to keep track of what’s happening with your patients. This initiative can provide a notification back to the patient’s ‘home HIE’ when a patient is seen in another participating state. This initiative has been really successful; over 3,000,000 event notifications have been shared across 17 HIEs who are part of this initiative.

“But let’s think smaller,” Chad continued, “What about a network within your own state? Certain HIEs might have geographical regions assigned to them. Notifications could be sent to the appropriate HIE for a patient. The issue today is that we don’t currently have geographical regions assigned to HIEs. But using these alerts, we’re able to see messages being sent across Minnesota and even across the country. We are working on connecting Iowa so that Iowa and Minnesota’s HIEs will be part of a larger, multi-state HIE with one central repository.”

Chad shared, “To have analytics you need data. Something we’re really excited about is an initiative by some IHPs in Minnesota to drive down costs while offering great care to their patients. They use a risk-based payment system and are interested in how they compare with other clinics. [We] are able to offer predictive analytics… Many public health departments would benefit from something like this. You’re able to see the data and see which counties or zip codes or streets have greater risk. We [use] claims data and clinical data and social determinants of health data.”

Chad described an analytics test system operating in Maine, “We can see people progressing with higher risk scores for opioid use and target communities that are more at risk for opioid abuse than others.” He also shared the results of a similar analytics project employed by EMS workers in Tempe, Arizona, “They began to discover trends. For example, they saw most men, ages 25-54, tended to have opioid overdoses on Tuesdays.” The EMS workers in Tempe began to compare data with other groups around the country and found that particular trend wasn’t unique to Tempe.

“This is the type of data that a Chief Health Strategist can use. I believe this is what the future is for public health.”

“This is the type of data that a Chief Health Strategist can use. I believe this is what the future is for public health. You could also use these sort of data analytics to track who has West Nile virus or influenza in your state or community. If you have access to the data through an HIE, you can perform data analytics. HIE is the most efficient way to get to that data. Some states require entities to submit this data to the HIE. More and more healthcare organizations are participating in HIE. This is a call to action as we move to Public Health 3.0.” 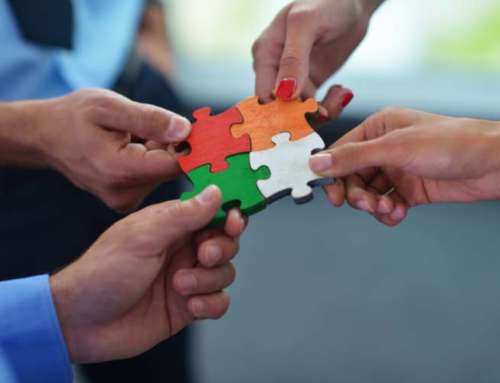 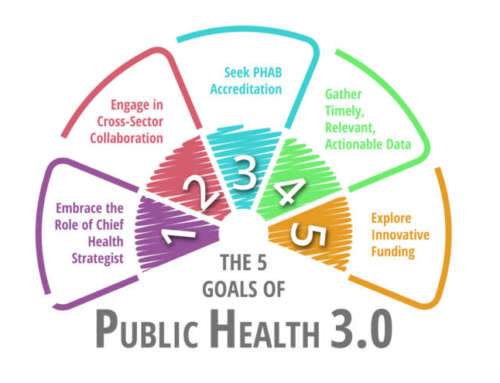 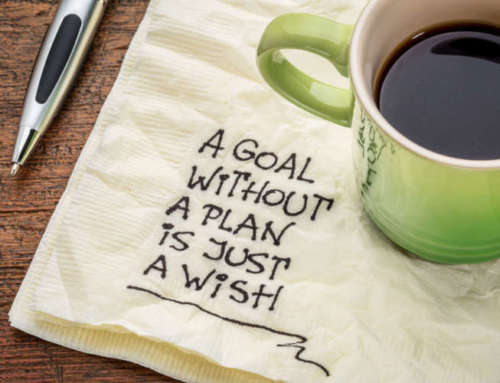 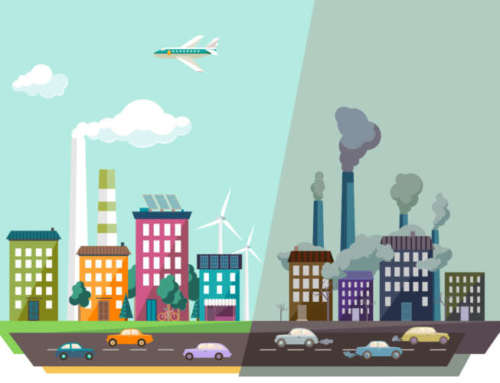