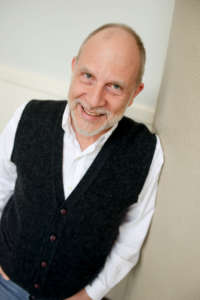 He was employed as a health director near Minneapolis-St. Paul in 1985. The position was part-time, and Dave pursued computer programming as a hobby.

He developed a small software package for his employer then offered the software to neighboring agencies.

Champ acquired a reputation for excellence in software and support, and sales grew. By 1990 Champ had 36 customers, so Dave left his position to pursue software development exclusively.

He began marketing Champ Software in Wisconsin, and by 1996 had 65 agencies as clients.

Dave hired staff for Windows programming, and shipped a clinical package in 1998 for OASIS mandates.

Computer programming isn’t the only hobby Dave pursues. Dave has skied the Birkebeiner 54 km Marathon Ski Race five times, seldom loses at chess, and once led a group of 10 others on a week-long bicycle tour of Vermont with his wife, Deb.

Dave and his wife have raised six children, ages 16 to 28. Dave also enjoys playing Free Cell from time to time; his longest streak of consecutive wins is 160.