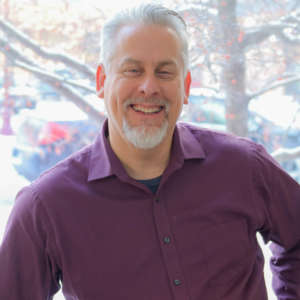 He got his first taste of the healthcare industry when he produced and directed several health care educational programs, including the first program created to instruct health care workers in protecting themselves from the AIDS virus.

This was later selected by the Occupational Safety and Health Administration (OSHA) to train their trainers.

A few years later, on a dare from a friend, David agreed to spend a few days training and working in sales.

Almost immediately, David realized he had a hidden talent as he achieved national ranking in the top 5% out of 2,800 sales reps. He has spent decades working in sales and honing that talent.

David realized what he loved most about sales was the ability to help people find solutions that positively impact their lives, making something they do easier or more efficient.

He’s also always enjoyed working with people long after they become customers, continuing to ensure they have the best solution possible to meet their needs. This made David’s transition from 15 years working in sales for Champ Software to his current role in Customer Success such a natural shift.

For David, his job has always been about developing a relationship with our clients. A few years ago David got the chance to join the staff of one local health department to feed 200 homeless people at a local church during an impromptu visit.

David says the people in public health careers are some of the most passionate and compassionate people he’s ever worked with. He’s made several wonderful friends and he admires the dedication and compassion of those who serve the public in any way.

“It is important to me to know that what I do makes a difference to others, that’s why I enjoy working at Champ,” David says. He also loves the team of people he gets to work with at Champ.

In his free time, David enjoys building projects. He also claims to be the fastest painter this side of the Mississippi!

David has played both acoustic and electric guitar since he was 15. He even played in a garage band during high school.