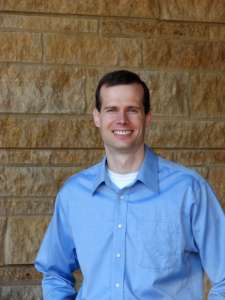 Scott RandallDeveloper
Scott’s fascination with computers began in the years of the Apple II series, with an interest in coding following soon after.

In fact, a significant portion of his high school class time was spent programming games on a TI-85 graphing calculator.

That hobby came to an end as Scott pursued degrees in mechanical engineering at the University of Wisconsin – Madison.

While working as a design engineer in the Twin Cities, he was exposed to the elegance of SQL and relational databases, and their power in analytical problem solving.

Finding a niche working at the intersection of physical systems, large data sets, and computer code led to more interest and opportunities to develop programming skills.

Transitioning over to Champ Software, Scott has a passion for troubleshooting problems, delivering quality code, and translating concepts from the technical realm into everyday life.

Scott says, “It is meaningful to be part of a community working together to improve the lives of those served by public health.”

Scott lives outside Minneapolis with his wife and three kids.