Adverse Childhood Experiences (ACEs) and Their Impact on Long-Term Health

Adverse Childhood Experiences (ACEs) and Their Impact on Long-Term Health

According to the CDC, “Adverse Childhood Experiences, or ACEs, are potentially traumatic events that occur in childhood (0-17 years) such as experiencing violence, abuse, or neglect; witnessing violence in the home; and having a family member attempt or die by suicide. Also included are aspects of the child’s environment that can undermine their sense of safety, stability, and bonding such as growing up in a household with substance misuse, mental health problems, or instability due to parental separation or incarceration of a parent, sibling, or other member of the household.”

The ACE Study “would reveal that adverse experiences in childhood were very common, even in the white middle-class, and that these experiences are linked to every major chronic illness and social problem that the United States grapples with – and spends billions of dollars on.” A fascinating history of how the study came to be can be found on the ACESTooHigh website.

The CDC has said, “The CDC-Kaiser Permanente Adverse Childhood Experiences (ACE) Study is one of the largest investigations of childhood abuse and neglect and household challenges and later-life health and well-being.” The study showed a direct correlation between ACEs and long-term health, illustrated by the ACE Pyramid, below. 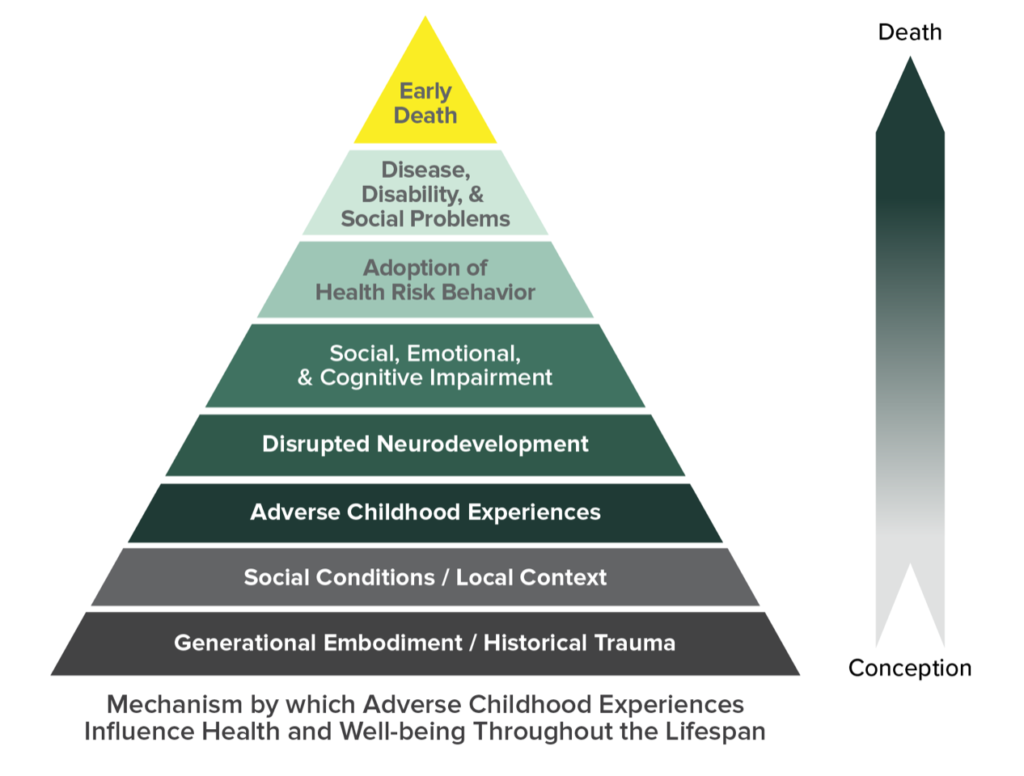 The number of exposures to adverse childhood experiences is often referred to as an ACE score. The ACE Study measured 10 different types of childhood trauma exposure; those 10 types were chosen as the subject of the study because they were the types of trauma most commonly reported by a group of about 300 Kaiser members.

To get your ACE score, you can take a quiz on the ACESTooHigh website.

What does the ACE Score Mean?

The ACE Study proved that people with an ACE score of four or higher have a much higher risk of chronic health problems later in life. ACES produce toxic stress in young brains, which actually alters the function of the brain, profoundly damages the immune system, changes how the body responds to stress, and impacts the entire body which leads to long-term health consequences. ACESTooHigh reports that, “ACEs cause much of our burden of chronic disease, most mental illness, and are at the root of most violence.”

However, one thing to keep in mind is that the ACE score is only meant to be a guideline or indicator and is not an absolute predictor of future health. In fact, many mitigating factors can come into play, most significantly, your resiliency score.

According to the ACESTooHigh website, “Resilience generally describes the bounce-back ability of individuals who return to the similar shape, form and condition after misfortune, harm or injury.” Protective factors such as a safe environment, safe and nurturing relationships, stability, knowing you were loved, knowing someone cared about you, having a safe and stable person to turn to when you needed help, can all contribute to a person’s resiliency. The Minnesota Department of Health says, “Protective factors help a child feel safe more quickly after experiencing the toxic stress of ACEs and help to neutralize the physical changes that naturally occur during and after trauma. If the child’s protective networks are in good working order, development is strong even in the face of severe adversity… In sum, even the negative consequences of toxic stress from ACEs can be buffered with the support of caring, competent adults and appropriate intervention and support.” 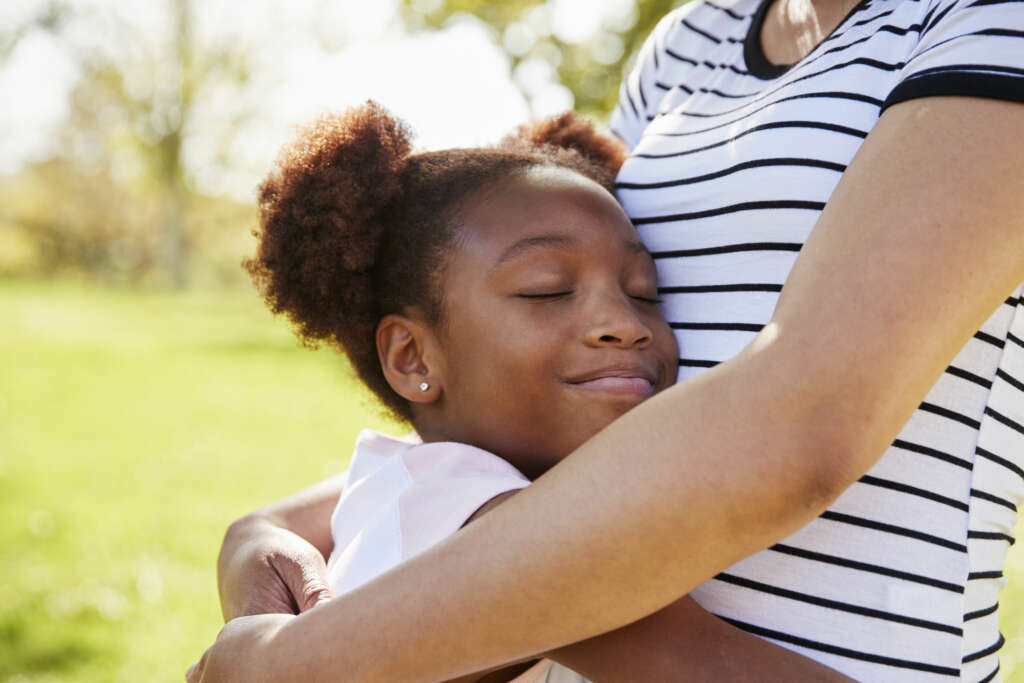 What can public health workers do?

Public health can work to mitigate the effects of ACEs, work to prevent ACEs from being passed down, generation to generation, or even intervene before ACEs occur. This type of upstream intervention can change the long-term overall health of a community. Dr. Robert F. Anda, MD, MS, one of the developers of the original ACE Study, shared some practical ways to do this during his address at a conference in Minneapolis in 2011 (captured on the ACE Study DVD):

Additionally, public health workers can document their work using an electronic health record (EHR) with a fully integrated standardized terminology such as the Omaha System. The Omaha System is recognized by the American Nurses Association since 1992 and is in use in 96.5% of Minnesota counties. Nightingale Notes EHR by Champ Software has always fully integrated the Omaha System so that any piece of data put into the system can be reported on and outcomes can be fully documented (read about Kitsap County Public Health District’s success with measuring outcomes using Nightingale Notes).

About the Author: Crystal Maertens

Crystal Maertens is the Marketing Manager at Champ Software, Inc. Hailing from states across the Midwest, Crystal settled in Minnesota in 2005 and has been working with Champ Software since 2011. She loves working for a company with as much heart as Champ Software and enjoys making a difference in the lives of public health workers. An avid reader and writer, Crystal has written many blog articles for Champ Software and especially loves writing articles that feature Champ clients.